Being a teenager is hard enough, but it becomes almost impossible when you are suddenly banished from your home and forced to live with someone you barely know. Add to that the fact that you're secretly a werewolf. A nerd-turned-werewolf must call upon his untried superpowers to save his almost-girlfriend from a pack of crazed, bloodthirsty lycanthropes.*****​A different take on the standard werewolf story...
*****​​ An exciting and impressively-constructed werewolf tale for teenagers... A teenage werewolf enacts a dangerous ploy when a mad scientist threatens to harvest his supernatural powers.

***** Enchanting, sweet and an overall awesome read...
*****Everyone should be reading this series... When a super-werewolf terrorizes his hometown, a teenage werewolf must dig deep to find courage enough to stand up to him.*****The tapestry gets richer each time...
*****​​Thoroughly entertained through all three books... When a villainous lycan takes a young witch as a thrall, a teenage werewolf comes to her rescue and inadvertently leads his pack into the fight of their lives.

A popular blogger's investigation puts a community into alert and forces a teen werewolf to outwit paranormal monster hunters.

When a mad scientist kidnaps him, a teenage werewolf must stretch his supernatural powers to their limits in order to save himself and the other werewolves trapped in her clutches. 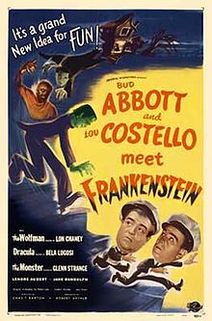 I became enamored with werewolves after watching the movie Abbott and Costello Meet Frankenstein when I was a kid. As I grew into my author shoes, the conflicted wolf man character grew too. I gave him the name Cody. I knew him well because we became friends when I was a child.

I set the story in Loxahatchee, Florida, one of the greatest little cities on earth. It's known as the town that doesn't ask a lot of questions. The perfect place to raise a werewolf.

I chose Christmas Eve, 2007, to start the story because there was a full moon that night.

Things to Know About Loxahatchee

1. Loxahatchee is located in the northernmost region of the Everglades in South Florida.

2. The nudist colony mentioned in my books is actually the Sunsport Gardens Naturist Resort.

3. The drive-through safari mentioned in my books is actually the Lion Country Safari.

4. The burial mound mentioned in my books is actually Tony's Mound.

5. In May, 2008, Loxahatchee was threatened by a massive brush fire along SR 80 that may have been deliberately set.

6. In May, 2008, Loxahatchee was flattened by a wind storm that downed power lines and trees.